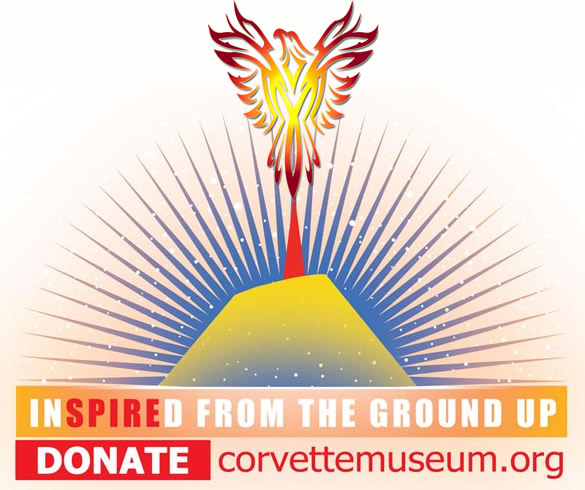 On February 12, 2014 at approximately 5:28 AM, a sinkhole developed within the Skydome of the National Corvette Museum in Bowling Green, Kentucky resulting in the near loss of eight rare Corvettes on loan from both General Motors and private owners.

As Corvette owners and enthusiasts, we enjoy and respect the 50+ years of glorious history behind the Corvette marque. From the birth of the Corvette as a weak-powered boulevard cruiser to the current-day “force-to-be reckoned with”, we’ve followed the Corvette’s maturation process over the years and enjoyed the many high points and some of the low points that have comprised its history.

The sinkhole that consumed those eight Corvettes on the morning of February 12th will forever be considered one of the lowest points in Corvette history.

Thankfully, with the help of NCM staff, construction workers responsible for the rescue of these Corvettes, General Motors, and enthusiasts all over the world, we hope that all eight Corvettes will be able to be restored to their former glory, and this unfortunate event will become but a mere blemish in Corvette’s long and magnificent past.

VetteTube has done a fantastic job at compiling pictures, videos, news-related articles and press releases regarding this event which is listed below.